30-DAY WORKBOOK TO IMPROVE YOUR LIFE AND OUTLOOK 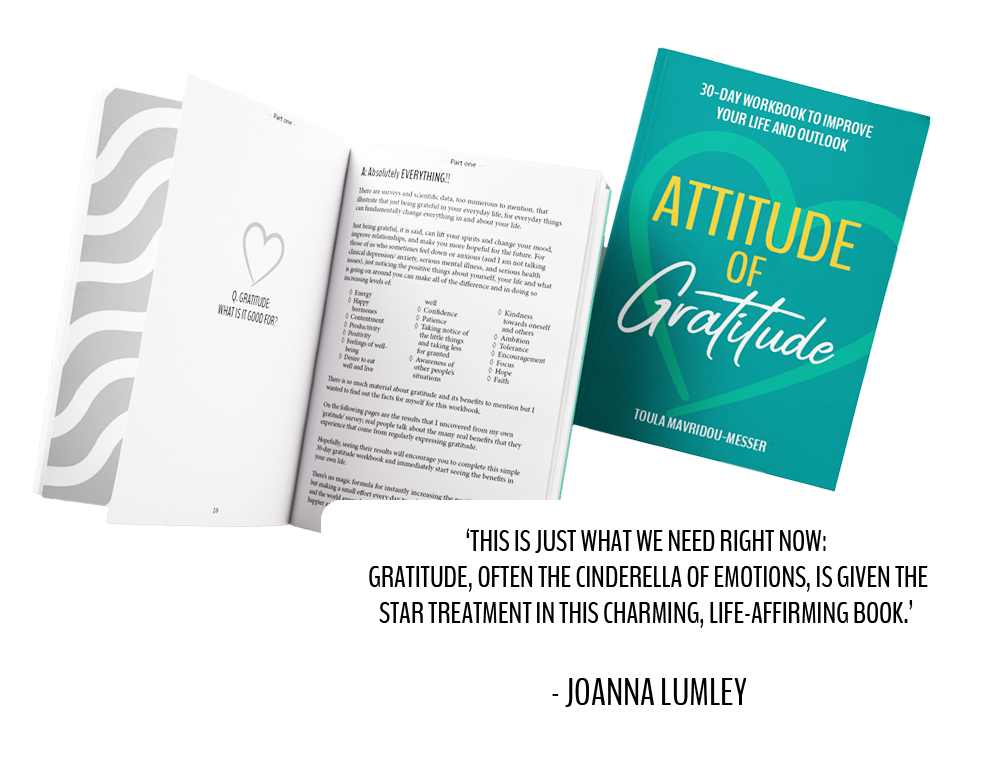 SIGN UP TO HEAR ABOUT BOOK DEALS, GIVEAWAYS & TO JOIN IN ON NEXT BOOK SURVEY! 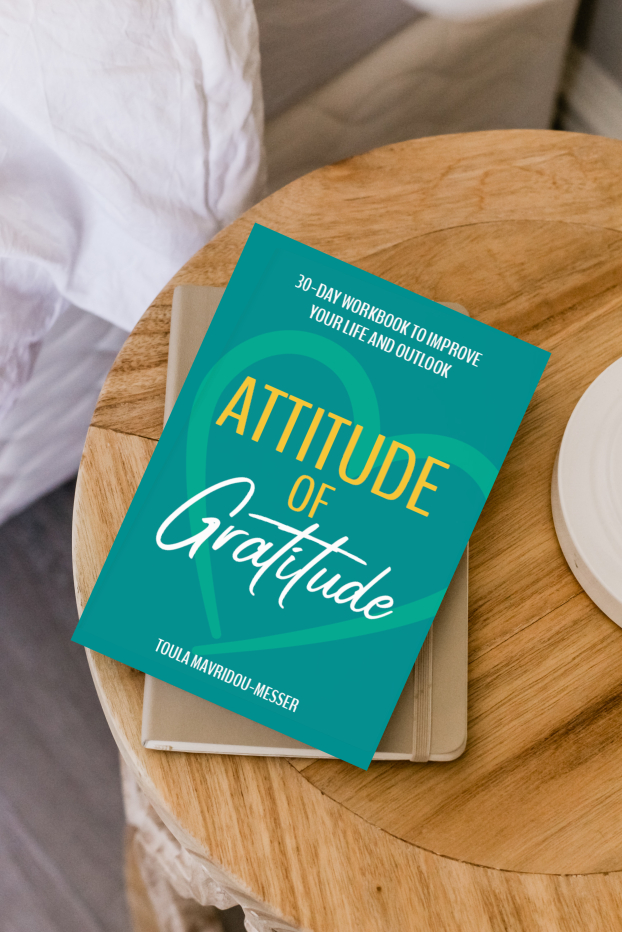 How can you have more energy, happy hormones, be more content, productive, positive, confident, patient, tolerant, focussed and hopeful? Is it even possible? In this book, Toula Mavridou-Messer explains in clear and easy terms how – IN JUST 30 DAYS – you can successfully improve your life FOR THE BETTER by putting into practise 3 simple daily habits. The book includes a workbook to help you keep track of those improvements, along with an abundance of REAL-LIFE personal experiences from members of the public.

How can you have more energy, happy hormones, be more content, productive, positive, confident, patient, tolerant, focussed and hopeful? Is it even possible? In this book, Toula Mavridou-Messer explains in clear and easy terms how – IN JUST 30 DAYS – you can successfully improve your life FOR THE BETTER by putting into practise 3 simple daily habits. The book includes a workbook to help you keep track of those improvements, along with an abundance of REAL-LIFE personal experiences from members of the public.

If you think that your life could be better and that you could be happier but you are not sure how to make that happen, ‘Attitude of Gratitude‘ could be the book for you! It’s a 30-day workbook to improve your life and outlook. 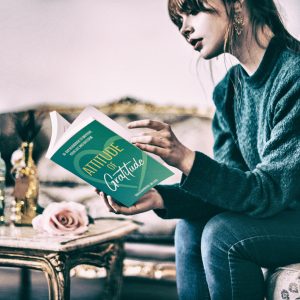 There are surveys and scientific data, too numerous to mention, that illustrate that just being grateful in your everyday life, for everyday things can fundamentally change everything in and about your life.

Just being grateful, it is said, can lift your spirits and change your mood, improve relationships, and make you more hopeful for the future. For those of us who sometimes feel down or anxious (and I am not talking clinical depression/ anxiety, serious mental illness, and serious health issues), just noticing the positive things about yourself, your life and what is going on around you can make all of the difference and in doing so increasing levels of: 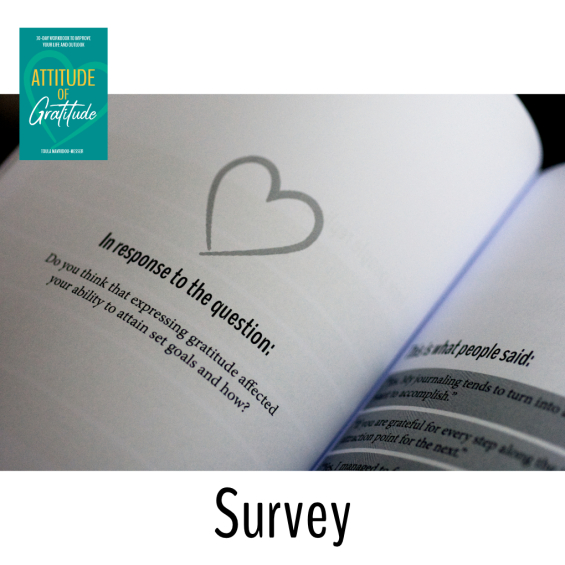 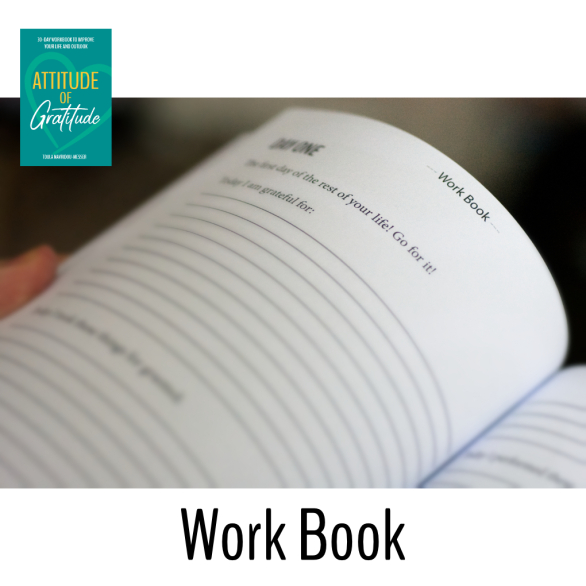 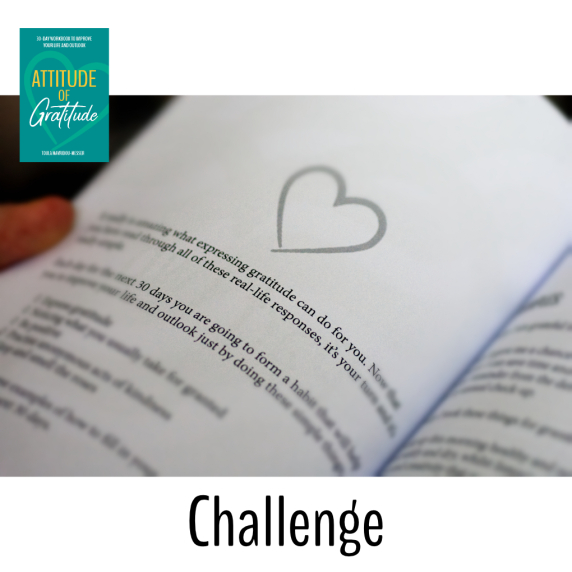 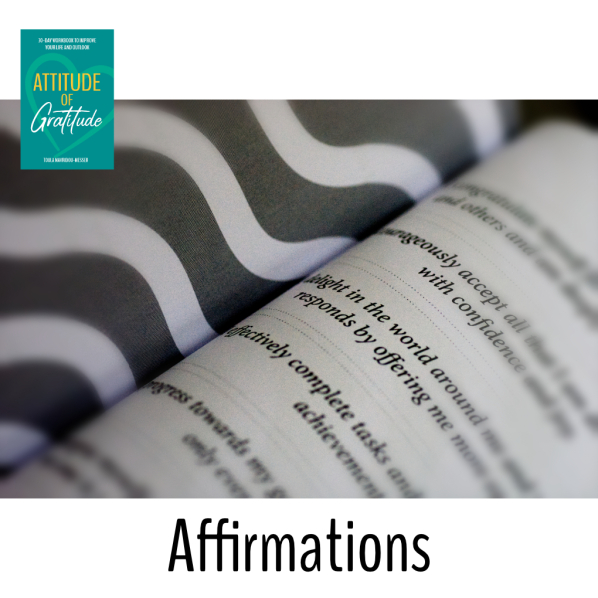 Part 1 is filled with real-life quotes from an anonymous survey I carried out with people from all over the world, sharing how gratitude has helped them, what they are grateful for and how gratitude helps them feel better in all areas of their lives.

Part 2 is a guided 30-day workbook to help you form 5 positive daily habits that will totally change your life.

There is also a month’s worth of cut out and keep ‘bonus’ affirmations to help cement the positivity, too.

Toula Mavridou-Messer has worked in the media/entertainment all of her life, starting at the tender age of 15 when she and her then best friend (Jane Goldman), submitted an interview that they had done with a group of clubland’s glitterati to Gay News Magazine. It was accepted and by the end of that day, they had also been given the regular gossip column to write, along with other features.

Toula went on to write freelance articles for various other publications until she became a publicist for various high profile entertainment names, including George Michael, Dame Shirley Bassey and Eric Clapton – after working as a trainee manager and stylist to the boy band Bros.

Her celebrity contacts the world over made her a valuable asset to many big-name charities (including Save The Children, The Prince’s Trust, CARE International), where Toula brought on various big names, such as George Clooney, Angelina Jolie and Meryl Streep to be involved with specific campaigns. In fact, it was Toula who introduced George and Amal Clooney to the Royal Family, after inviting them to attend an event at Buckingham Palace, hosted by HRH The Prince of Wales.

However, Toula’s credentials for writing a self-improvement book don’t stop there.

Toula grew up in foster care from the age of 6 weeks. From the age of 5-20, she was a victim of physical/mental and sexual abuse and took part in the Independent Inquiry into Childhood Sexual Abuse. At the age of 34, Toula was officially diagnosed by a leading forensic psychiatrist with severe c-PTSD – not uncommon in people who have experienced similar – and was told that, “most people who have been through what you’ve been through would not have survived.”

It was a moment of pure terror, realising just how serious her circumstances were and how fortunate she was to be able to function at all. Toula credits gratitude with getting her through the difficulties and keeping her on track, along with a specialised trauma therapy called EMDR – which is extremely hard to access via the NHS, so Toula has only benefitted from a handful of sessions some years ago.

Since 2015, Toula and her husband James gave up their LA lifestyle and moved back home to London to care for her elderly mother who suffers from vascular dementia and Alzheimer’s Disease, which has been the toughest experience of her life thus far.

Attitude of Gratitude: 30-Day Workbook to Improve Your Life and Outlook is not intended as a substitute for the medical advice of physicians or mental health professionals or any required treatment. The reader should regularly consult a physician or mental health professional in matters relating to his/her health, and particularly with respect to any symptoms that may require diagnosis, medical attention or therapy.

Although the author and publisher have made every effort to ensure that the information in this book was correct at the time of going to press, the author and publisher do not assume and hereby disclaim any liability to any party for any loss, damage or disruption caused by errors or omissions, whether such errors or omissions result from negligence, accident or any other cause.

We use cookies on our website to give you the most relevant experience by remembering your preferences and repeat visits. By clicking “Accept All”, you consent to the use of ALL the cookies. However, you may visit "Cookie Settings" to provide a controlled consent.
Cookie SettingsAccept All
Manage consent

This website uses cookies to improve your experience while you navigate through the website. Out of these cookies, the cookies that are categorized as necessary are stored on your browser as they are essential for the working of basic functionalities of the website. We also use third-party cookies that help us analyze and understand how you use this website. These cookies will be stored in your browser only with your consent. You also have the option to opt-out of these cookies. But opting out of some of these cookies may have an effect on your browsing experience.
Necessary Always Enabled
Necessary cookies are absolutely essential for the website to function properly. This category only includes cookies that ensures basic functionalities and security features of the website. These cookies do not store any personal information.
Non-necessary
Any cookies that may not be particularly necessary for the website to function and is used specifically to collect user personal data via analytics, ads, other embedded contents are termed as non-necessary cookies. It is mandatory to procure user consent prior to running these cookies on your website.
SAVE & ACCEPT